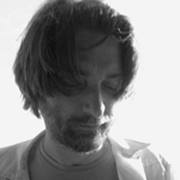 Final portfolio editing
Each participant will work on a large edit of his images, then they are printed and laid down on a table (10×15 format). The final editing is made during a one-to-one session with Klavdij Sluban, the other participants are encouraged to attend the sessions of the others. Once the final edit is done, the participants may work on the post-process and are then allowed to make A4 and/or A3 prints (2 max.) of their best images. They are then to write a personal statement on the work, which will be send to the evaluation committee member of their choice.

Teaching language: English and french (according to audience).

- The 950€ fee does not include transport, accommodation nor on the ground expenses. For participants coming from outside the European Union, please be aware that there is a bank fee when making the payments via bank transfer.

- In order to confirm your application, an advance payment of €100 is advised. Once the application is completed, we will send an email via PayPal to the participant in order to settle the payment. If the candidate is accepted, this amount will be deducted from the overall cost of the workshop.

> If you apply before September 14th 2016: successful applicants will be informed via email by September 16th, 2016.

> If you apply after September 14th 2016: successful applicants will be informed via email by October 14th 2016.

Applications will be open until October 12th 2016.