Learn and improve how to build a documentary reportage

Learn and improve how to build a documentary reportage by covering a story defined with Patrick Zachmann. Refine storytelling and story composition by analyzing real-situation problems, images analysis, editing and captions writing. Learn how to position one’s self in space in order to find the fair distance between the subject and the photographer, suggest a point of view. Patrick Zachmann will dedicate time to analysis of images, content, shape and a lot of importance to editing. Most of all, the workshop with Patrick Zachmann will help you discover your own visual language as well as practical and conceptual know how to confront real situation reportage making.

French, b. 1955. Patrick Zachmann has been a freelance photographer since 1976 and with Magnum Photos since 1985. He has dedicated himself to long-term projects on the cultural identity, memory and immigration of different communities. From 1982 to 1984, he worked both on a project on highway landscapes, backed by the French Ministry of Culture, and on the challenges of integration facing young immigrants in the northern neighborhoods of Marseilles.

In 1982, he also plunged into the violent world of the Neapolitan police and mafia – the Camorra – resulting in the publication of a book and a fictional text inspired by his cinematographic images.

In 1987, after working for seven years on a personal project about Jewish identity, Zachmann published his second book, Enquête d’Identité ou Un Juif à la recherche de sa mémoire (Inquest on Identity or a Jew in search of his memory). In 1989 his story on the events at Beijing’s Tiananmen Square was widely published in the international press. That year, his entire body of work was awarded the prestigious Prix Niepce.

For the next six years, Patrick Zachmann continued his research on the Chinese diaspora around the world, resulting in the 1995 publication of the acclaimed book W., ou L’Œil d’un Long Nez, accompanied by an exhibition that toured in ten countries in Asia and Europe. Between 1996 and 1998, Zachmann directed the short film La Mémoire de Mon Père (My Father’s Memory), followed by his first feature-length film Allers-retour: Journal d’un Photographe (Round trip: diary of a photographer), about the disappearing traces of memory, in Chile in particular.

In 2006, he began a new project entitled Confusions Chinoises (Chinese Confusions), for which he received a grant from the French Fine Arts Delegation (DAP). He also gave classes at the National School for Decorative Arts in Paris and the Institute Superiore di Fotografia e di communication in Rome.

From 2006 to 2008 he directed a feature film called Bar Centre des Autocars, about the destinies of ten young people whom he had known and photographed twenty years earlier, from Marseille’s poorest neighborhoods. In May 2009, at the Cité d’Histoire de l’Immigration in Paris (Centre for the History of Immigration), Patrick Zachmann will present his entire body of work, spanning twenty five years, about immigration and the suburbs.

En 2009, il produced the multimedia piece Magnum In Motion called “One day, a night“, another for the 20 years anniversary of Tiananmen Square events, “Génération Tiananmen” and in 2010, “Un Somalien à Paris“.

In 2013, a “carte blanche” during the yearly event Marseille-Provence 2013 gives birth to a work called “Mare Mater” composed of a film, a book and an exhibition at Mucem Marseille (nov-jan 2013) and at the Museum Niepce in Châlons sur Saône (beginning of 2014). 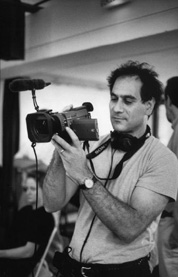 “To attend a workshop with Patrick Zachman allows – among other things – to extensively learn the meaning of the word ‘transmission’. His experience is vast and when he relates it, he pays great attention to making connections with the photographers and their training.

He never shows himself indulgent towards them but keeps a constant care for improving the weaknesses he identified in each of them. Patrick Zachman has been teaching for many years and knows how to identify flaws and correct them.

A workshop may be an intense moment of self questioning, often destabilizing, but Patrick Zachman’s humour always contributes to relax the atmosphere and make sure everyone is in the best state of mind to move forward.” Véronique Sutra, Founder & CEO, Eyes in Progress

If you want to be kept informed about Patrick Zachmann, you can go on Facebook, LIKE Eyes in Progress, his agency Magnum Photos or his own page and add us on your list of interests.

« I believe that when one gains professional experience and artistic practice during several years, to pass on a little bit of know-how is a way to allow young photographers to get what one has taken and learnt from others. » Patrick Zachmann.

Masterclass - Projections
Patrick Zachmann will spend time talking about his own work and the different projects he has worked on. He will share his photographic references with the group and discuss the challenges of being a working photographer.

Portfolios reviews and projects definition
Each participant will receive and in-depth critique of their work which will also be used as a jumping board for workshop assignments. Participants are highly encouraged to come to the workshop with defined ideas on the subject they want to photograph during the workshop. However, a session will be devoted to refining each participant's story and a list of suggestions of projects will be provided by Eyes in Progress a few weeks before the workshop.

Masterclass - Projections
Each day begins with a masterclass session when Patrick Zachmann focus on one aspect of his work.

Shooting sessions
Each participant goes shoot his own project. Help with directions, contacts and translation in Berlin will be provided by the workshop team if needed.

Feedback on shooting, improvement suggestions. Through the selection and discussion of the best images of the day, the participants will work towards developing their own photographic style and hopefully, see their overall approach improve.

Final portfolio editing
Each participant will work on a large edit of his images, then they are printed and laid down on a table (10x15 format). The final editing is made during a one-to-one session with Patrick Zachmann, the other participants are encouraged to attend the sessions of the others. Once the final edit is done, the participants may work on the post-process and captions. They are then to write a personal statement on the work and on themselves, which will be send to the photography expert of their choice. 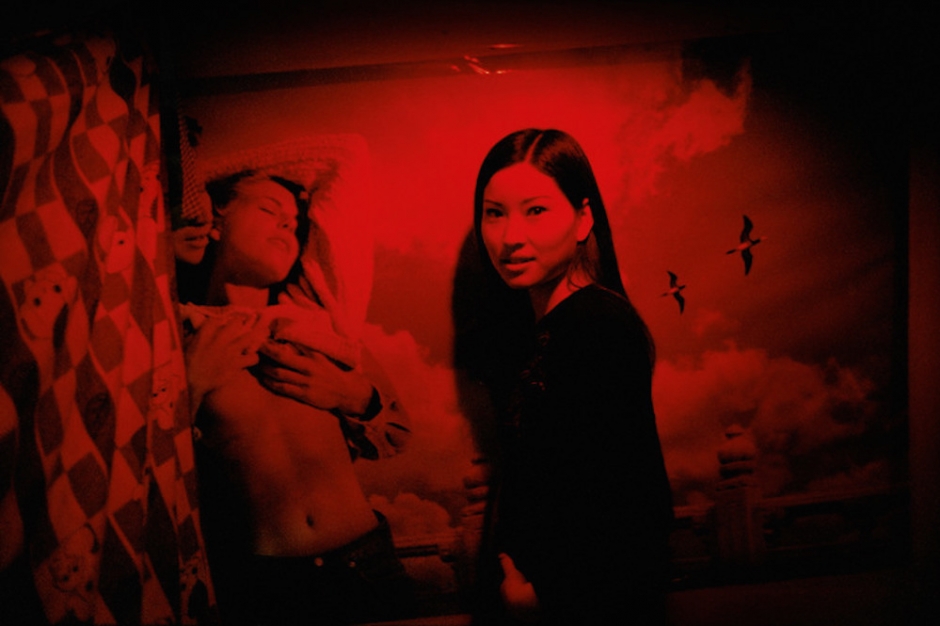 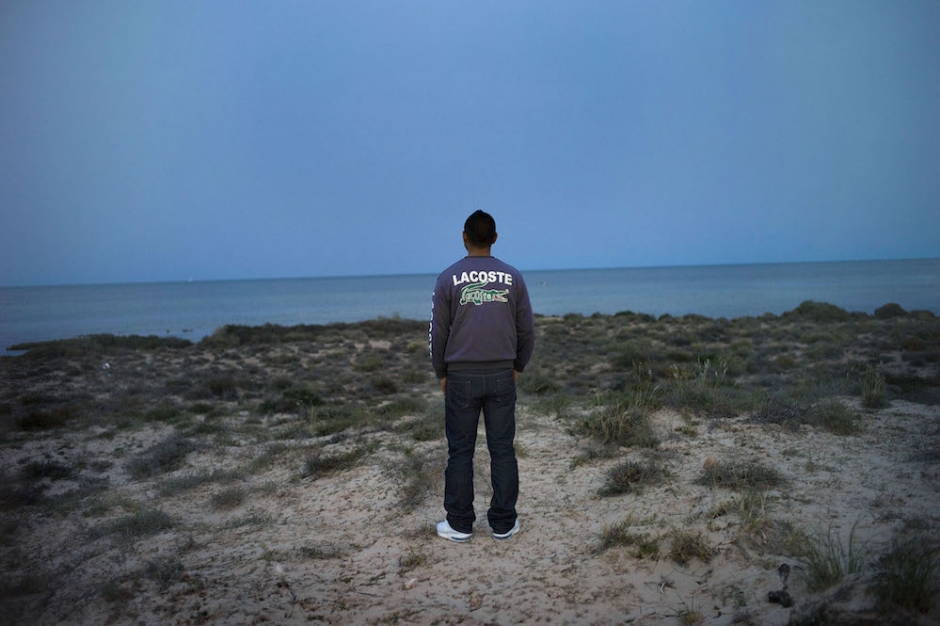 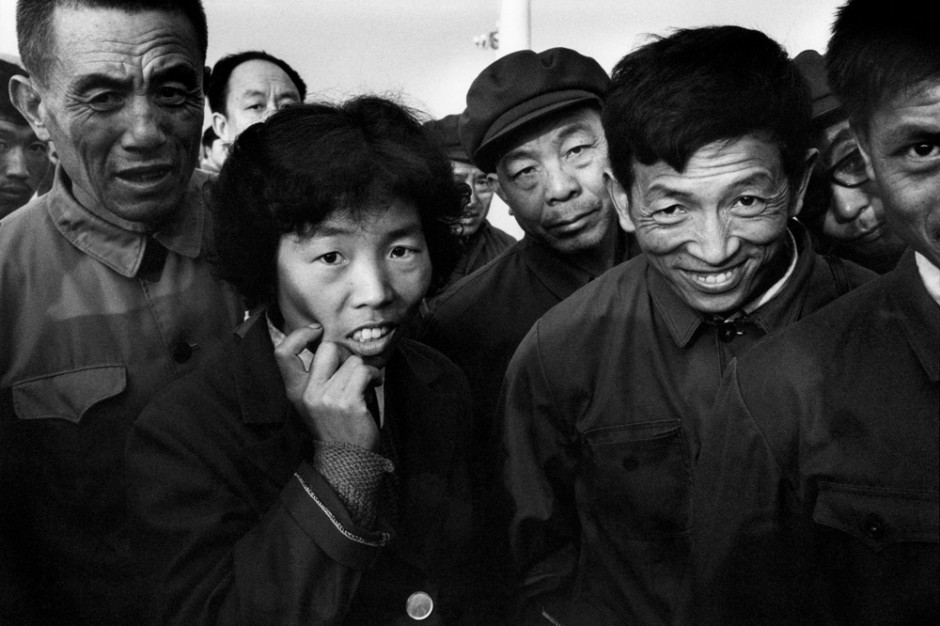 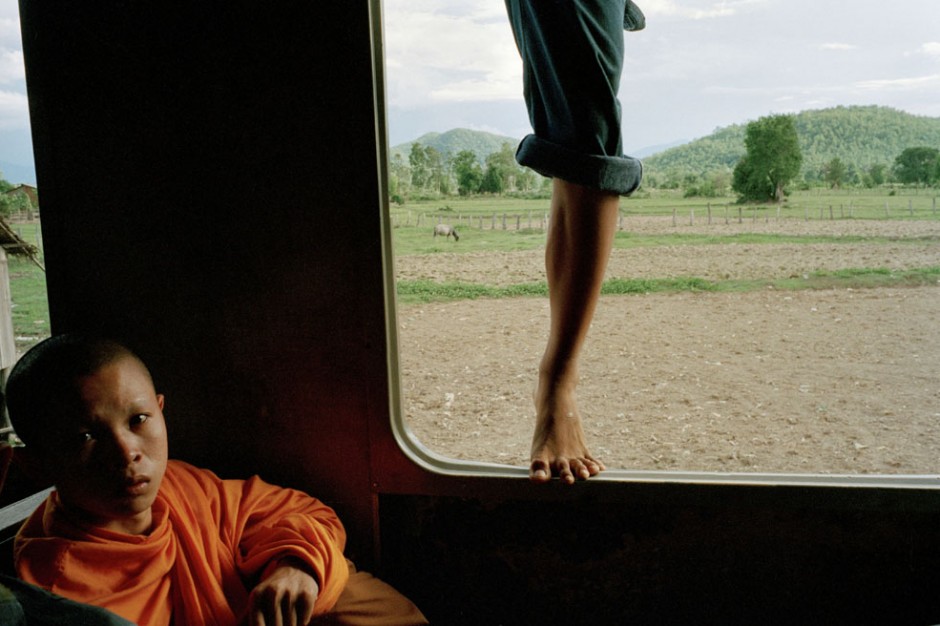 > If you apply before August 4th 2016: successful applicants will be informed via email by August 6th, 2016.

> If you apply after August 4th 2016: successful applicants will be informed via email by September 3rd 2016.

Applications will be open until September 1st 2016.